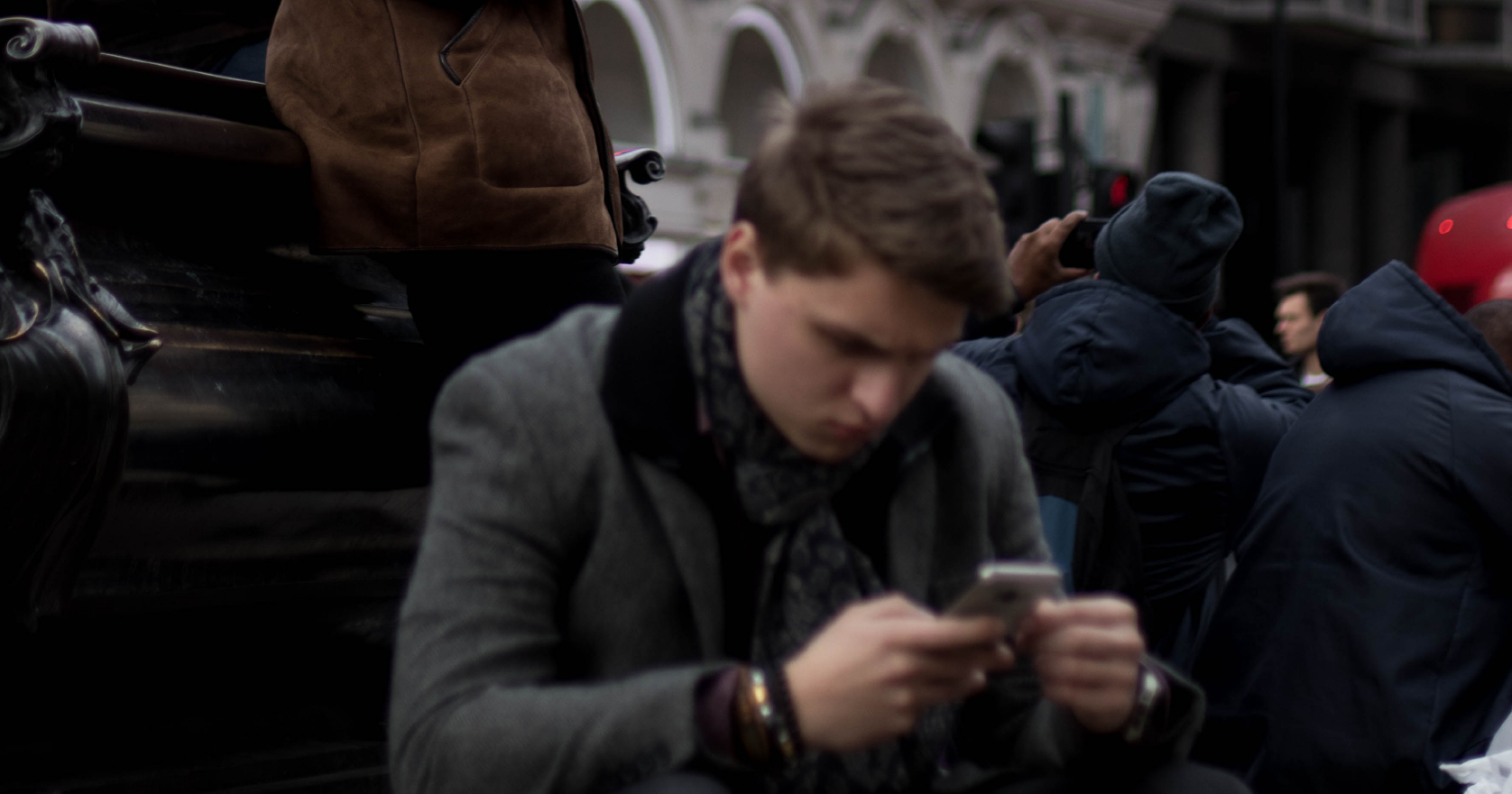 The well-used phrase, “there’s an app for that” speaks volumes about the current mobile ecosystem. While brands have glommed onto mobile marketing, the result is that consumers are now bombarded with push notifications and emails, making it more challenging for mobile marketers to get their attention.

Smart mobile marketers, however, know that evaluating other marketing channels and finding additional inroads to the consumer is essential to stay relevant in today’s overcrowded marketplace. Here are a few brands that are seeing mobile growth and retention thanks to their omnichannel approaches.

Rather than creating an app for fans of this once-a-year tennis event, IBM decided to leverage an already-existing platform — Facebook Messenger — to give fans the information they craved.

Using a chatbot within Messenger, IBM set up the bot to provide fans with customized information about Wimbledon news, scores, and players. IBM’s artificial intelligence tool also will play automated video highlights using technology that teaches the AI interface to identify player emotions and key moments in the matches.

IBM recognized that Wimbledon fans were already using Facebook Messenger, so instead of starting from scratch in creating a custom app, the brand saved time and boosted engagement by using available resources in mobile marketing.

Is there anything more enticing than an exclusive party you can’t get into? Absolut Vodka leveraged this fact when it launched its Absolut Unique Limited Edition in Argentina.

Using an AI-based chatbot named Sven (who looked like a bouncer at an elite party), Absolut put Sven in charge of deciding who got invited to the launch party. Fans had to message Sven on WhatsApp and give him a reason to invite them.

The begging and pleading were hilarious: men offered Sven a date with their sisters. Others created videos showing the Pope granting them access. The results? More than 600 messages sent over three days, and more than 1,000 videos and images designed by fans to convince Sven to let them in.

Absolut understood the power of user-generated content. By asking people to get creative, the brand created rabid fans that would do anything (digitally, at least) to get an invite to that party.

Minor League Baseball knows that a significant number of its fan base speak Spanish at home. To reach them through mobile marketing, the brand is developing a bilingual customer service platform via Facebook Messenger. There, fans can interact with teams and get information about venues, tickets, and parking for live games in either Spanish or English.

With a goal of boosting game attendance to 50 million by 2026 from 41.8 million last year, Minor League Baseball knows that bilingual features, as well as mobile marketing, may be the key.

The question, “what’s for dinner?” is one asked around the globe. And Hellmann’s, maker of the well-known mayonnaise, knew that its product was being underutilized in the kitchen beyond sandwiches and the occasional salad.

So the brand launched its WhatsCook platform: users could connect to real chefs via WhatsApp, who would ask questions about ingredients they had on hand to suggest a recipe using Hellmann’s.

First launched in Brazil, the project was rolled out to Argentina, Chile, Uruguay, and Paraguay. In total, more than 13,000 people signed up for the service, which was 50% of all visitors to Hellmann’s website. Users spent on average 65 minutes interacting with the brand, an unbelievable statistic for today’s short attention span!

Hellmann’s succeeded with its mobile marketing strategy by simply providing value. The brand wasn’t pushing its product; it was simply a way to educate people on how to incorporate it in their cooking.

Beyond the fact that consumers don’t want to download yet another app or get more emails than they already do, chatbots and AI features built into WhatsApp and Messenger provide value to consumers in new and innovative ways.

Imagine the delight of a shopper on your ecommerce site who, when prompted by a popup chat box, finds that a product she bought two years that was discontinued is now back? Turning the customer service experience from one of frustration to one of delight and even amusement is a major boon for the digital marketing world.

Use the tools that are already proven when it comes to mobile marketing. Both messenger applications will only continue to provide more opportunity for engagement with your audience in the future. 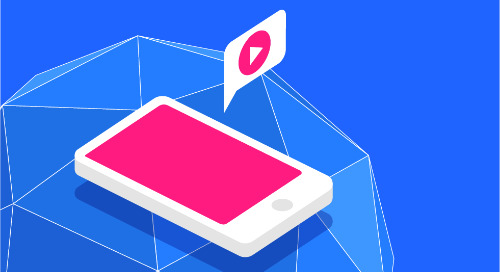 Every year, MWCA has several themes so that attendees can dive deep into whatever area of mobile they’re mo... 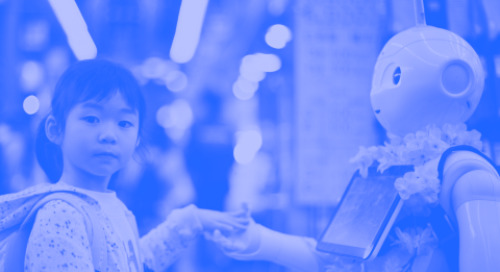 Chatbots may be slow to pick up steam, but you can be assured that in the near future, they will be somethi... 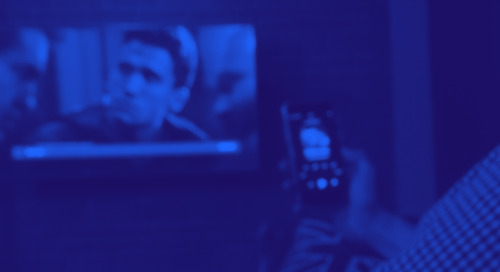 Multitasking has been a big part of the computing world since its inception. With today’s ubiquity of smart devices, our multitasking potential has grown past the confines of a single CPU. 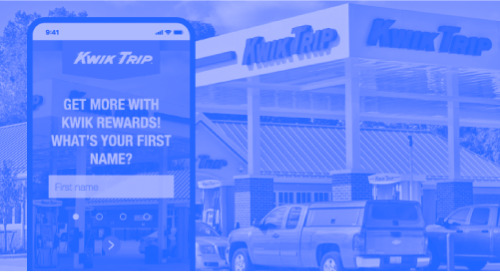 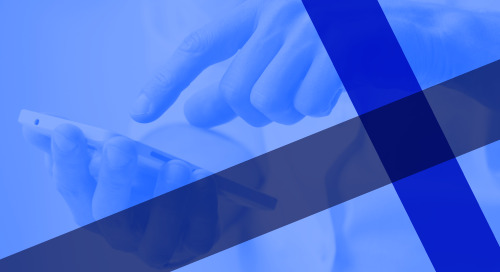 Why Vibes was named a Leader in Gartner's Magic Quadrant

It’s official - we have been named a Leader in the 2019 Gartner Magic Quadrant for Mobile Marketing Platforms research report. 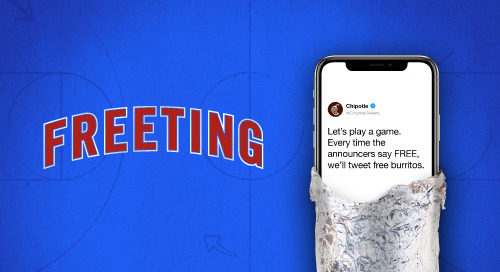 How Chipotle Launched One of the Best Campaigns of 2019

With the goal to create emotional connections with their customers, learn how Chipotle combined must-watched programming and mobile technology to connect with today's consumers. 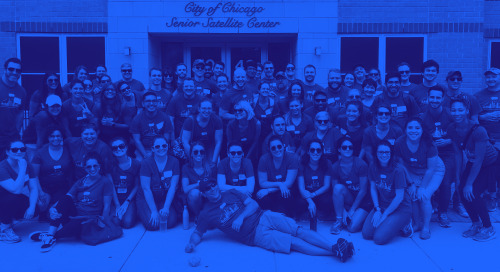 How Vibes Fosters Meaningful Connections Beyond the Workspace

By teaming up with organizations that share similar values as our own, Vibes not only puts our core values into action but also makes an even stronger impact within the community. 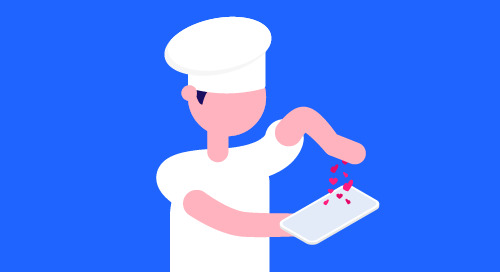 The Recipe for Restaurant Loyalty Success

How do you stand out in a crowded restaurant app space? It's not just about rewards. Instead, think about how you can elevate your loyalty offering to fit the needs of today’s consumer. 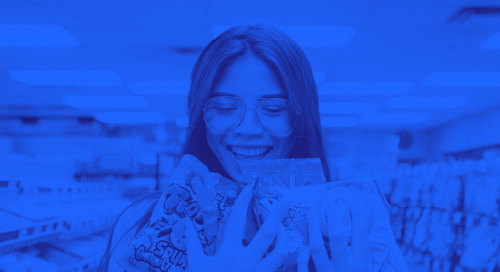 It’s clear that mobile is becoming necessary to engage today’s consumers. As grocery brands offer more mobile apps and tools, these industries have seen boosts in both sales and customer engagement. 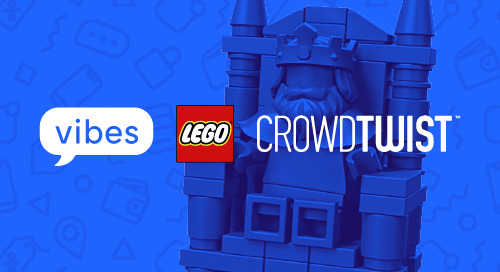 How Money-Can't-Buy Experiences Will Enhance Your Loyalty Program 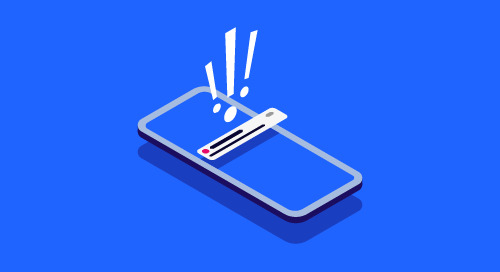 The Micro-Moment Economy: Why Utility is the New Currency

Micro-moments have become an integral part of our daily lives, making utility a new commodity. By going mobile, brands can easily adjust to the changes in the utility-based market. 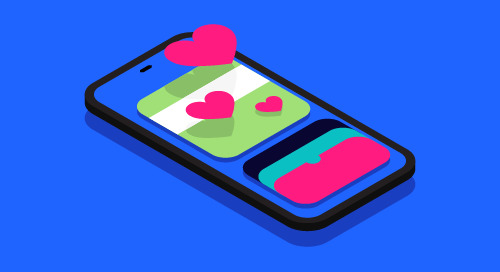 Brands who use mobile loyalty rewards programs have a significant opportunity to engage. In fact, 63% of consumers want to save their loyalty account information to a mobile wallet. 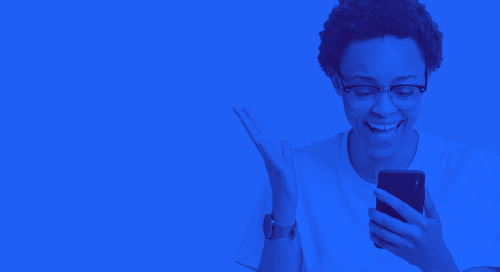 Stepping Up Your Mobile Game with Mobile Marketing Platforms

It can be tough to keep up with what consumers want. With the right mobile marketing platform, marketers can foster instant connections while learning from insights and analytics. 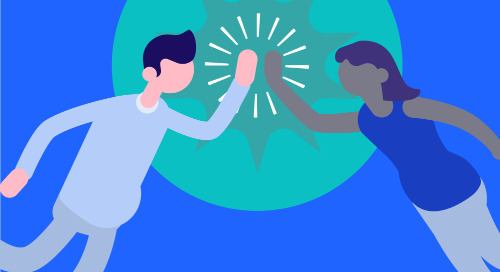 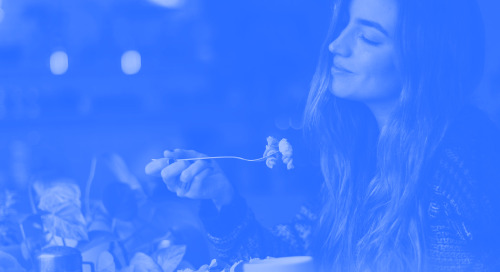 The restaurant industry is constantly growing to meet consumers’ needs. By paying attention to the preferences of its customers, brands can effectively reach them in-the-moment to drive higher KPIs. 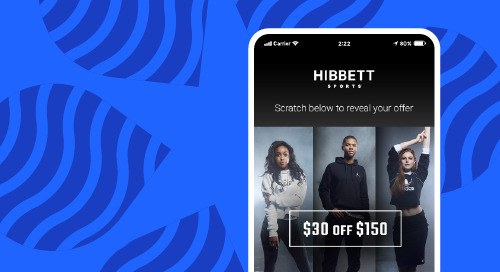 How Hibbett Sports Trailblazes in the Mobile Space

Hibbett Sports, which has more than 1,000 stores across the country, has had some notable milestones in mobile marketing. Today, their mobile database is 1.65 million strong and growing. 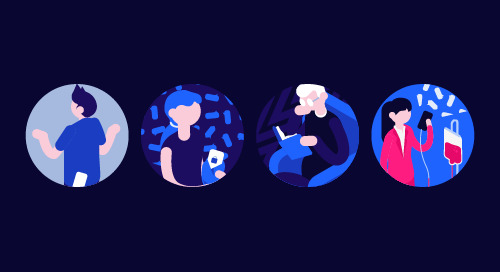 Psychographics vs. Demographics: What Marketers Need to Know

Everything starts with the consumer. And with the help from psychographics, marketers can more accurately predict consumer behavior and deliver personalized offers that hit the mark. 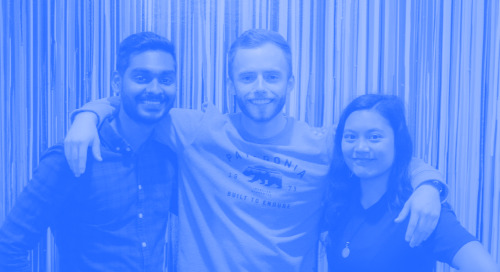 We’d like to take a moment to highlight the bright, fearless, and intelligent interns that are working with Vibes today, as we are very grateful for all their hard work day in and day out. 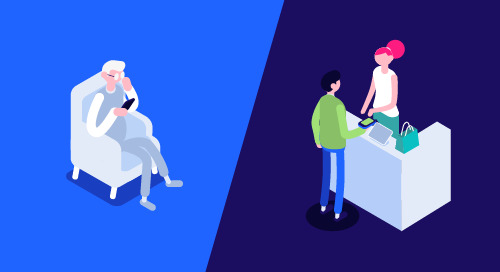 The Phygital Glossary: Breaking Down the Digital to Physical Shopping Experiences

With the right strategy and implementation, any brand can launch a phygital experience that mirrors the way we all shift between the digital and physical landscape. 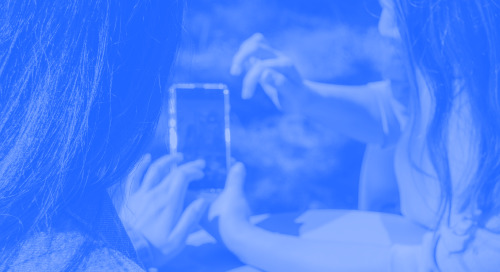 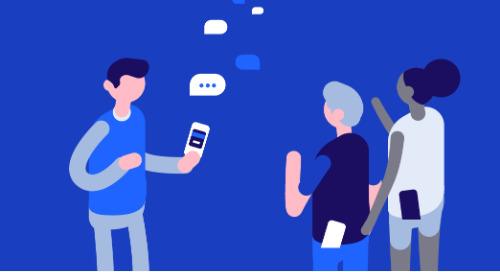 We sat down with Ami Upton, Associate Director, to discuss challenges brands are facing, and how mobile is countering those issues. 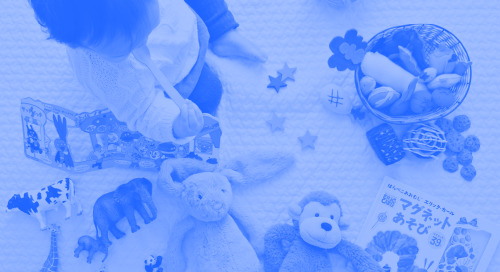 Toys “R”… Back? How Retail-as-a-Service Might Just Change Brick-and-Mortar